(1b)
(i)Population; There’s no state without a population. Population is a key element of any state, it refers to the number of people within a state. Simply put, it is impossible to have a state without population.

(ii)Territory; There cannot be a state that has no territory, which is separated from other states. The boundaries between states should be guarded well to prevent international interference and keep the states sovereign. Territories of states have precise boundaries on the map.

(iii)Permanence; The state is always permanent, no matter what the government is and how it changes with time. Permanence is the factor that helps the state develop in its own independent way.

(iv)Recognition; The territory that’s called a state should be recognized by other states and all the existing international organizations. The international recognition prevents the breaking out of wars, violation of boundaries, and other interference in the life of the state.

2B)*A democratic State needs a Constitution because*:
→ It lays out the important guidelines that govern decision making within the various societies of the country.
→ It lays down the ideals that form the basis of the kind of country that its citizens aspire to live in.
→ It serves as an asset of rules and principles as the basis by which the country has to be governed.
→ It provides rules to safeguard the interests of minorities and prevent any kind of domination by the majority on minorities.
→ It lays down rules that guard against the misuse of power by any politician leader.
→ It also provides rights to its citizens and protects their freedom.

(3a)
(Chose Any Three)
(i)Branch/mass parties: This type of party cuts across tribes, interests, and individuals. People wishing to become members are free to join. Membership of mass parties are mainly composed of different sections of the society. The programme or manifestos of such parties are directed towards the welfare of the people.

(ii)Caucus/elitist parties: It is made up of people of the upper class in the society. These people believe that the control of government should be their preserve. In addition, it should be in the hands of those with distinction and of high intellectual
standing.

(iii)Religious parties: Religious doctrines existing in a country determines the formation of these parties. In some countries, religious parties are very strong in the political process e.g Iran.

(v)Charismatic parties: Individuals with unique and enviable qualities, talent, etc, can form these parties. People are attracted to these parties because of the charisma of those individuals that formed them. For example, NPC of Alhaji Ahmadu Bello, the Sardauna of Sokoto in the first Republic, NCNC of Dr. Nnamdi Azikiwe and A.G. of Chief Obafemi Awolowo.

(4)
(i)Pressure groups are a vital link between the government and the
governed. They keep governments more responsive to the wishes of the community, especially in between
elections.

(ii)Pressure groups are able to express the views of minority groups in the
community who might not otherwise receive a hearing.

(iii)Pressure groups are able to use their expertise to provide the government with important information. This has often been the argument in relation
to motoring organisations such as the RACQ. It is also applicable to issues
such as Indigenous reconciliation.

(iv)Pressure groups offer an alternative source of advice to the government, separate from that coming from the Public Service.

(ii)Igbo people adopted gerontocracy as the Council of Elders effectively took up the functions of managing the affairs of the state. While monarchy was in place among Yoruba people.

(iii)Being a monarchy, the leadership transition was through heredity. Most times, a child of the deposed, abdicated or dead Oba succeeded him. Whereas, Igbo system was typically Republican. Neither Ofo nor Ozo title was attained through heredity, but through age and wealth.

(v)among the Igbo communities where each community was totally autonomous. While many Yoruba kingdoms regarded Oyo as their political headquarters.

The residual list contained matters of legislative competence of the regions only.


2. The governor of Nigeria was renamed Governor-General and the Lieutenant-governor renamed governor as were the case in 1914.

3. Members of the House of representative were made up of 184 directly elected members, a speaker and three ex-officio members – the Chief Secretary, Financial Secretary and the Attorney General.

4. Members of the House of representative were elected from the regions on direct election. The Northern Region had ninety-two; Southern Cameroon six and Lagos two members.

5. The post of a speaker and deputy speaker were created in the Eastern and Western regions. The House of Assembly in the Eastern Region has no official or special members.

6. The executive council known as the Council of Ministers consisted of the Governor-General, three official members, three Ministers from each region and one member from Southern Cameroon.

7. Regional governors ceased to sit in the Council of Ministers, under the 1954 constitution.

8. The post of premier was created in regions and regional premiers presided over the executive councils.

Join this telegram group for updates 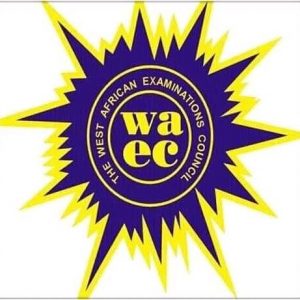