The next day in school and on Rebecca’s permission, they met at the supposed-secret spot during lunch hour.
He watched her take a bite from the sandwich she brought before staring at him.
“Rebecca, you Dad-
“My dad will never allow go for a music competition. The word ‘music’, he detests it” she interrupted him, as if expecting him to start a conversation in that manner.
“I know but you have been doing what you do best despite his opposition,” he said, making her stare at him. “I believe you can do this, Rebecca. This is an opportunity to be who you want to be. Your dad doesn’t have to know” Jeremy said.
“And if he finds out, what do I tell him? Don’t you think that’ll just ruin everything?”
“Only the finals will be aired online and that’s after the judges have selected their best. The rest will merely be recordings and you’re not excluded from camouflaging if you want” he said.
“My dad barely used the internet though,” Rebecca mumbled.

“See?” Jeremy replied, smiling.
“Okay but what if I don’t get to the finals?” She asked. “What if I’m not even selected?”

“You can’t just conclude without trying and even though you do not get to the finals, I just want you to show your passion out there to the world and see how much people will love you” he replied. “I know you don’t really feel loved by others, especially around here. I want you to do this and see how much love you have in this world. You don’t have to win, Rebecca. Just see what people think about your passion” Jeremy stated.
“You can quit if you find it discomforting but not without giving it a try first” Jeremy said.
Rebecca sighed, staring at him.

“You think the competition will change anything about what other student think of me?”

“Yes. I strongly think so. You’re not a bad person, Rebecca. Personally, I know you’re not. Everyone just thinks that way because of what they saw but you’re different” Jeremy said.
“Really?,” Rebecca asked, pausing. “Even though I pushed your friend down a three storeyed building?”
Jeremy exhaled before nodding, “I know you’re not a bad person.
And do you know Alicia even like your songs?”
Rebecca’s expression instantly switched to a horrified one.
“Calm down, I didn’t tell her her anything about you,” he said and she breathed out “I just sang it to her one day and she loved it, she has some of your songs in her phone too” Jeremy revealed.
“So you see, everyone just have to see you for who you are. You pushing Alicia, there might be a reason behind it or maybe it was a mistake”
“It wasn’t” Rebecca cut him off.
Jeremy stated speechlessly at her.
“I didn’t push Alicia by mistake or rather, I didn’t even push her at all” she said.
“What?” Jeremy grimaced.
“It’s just what she made everyone believe and considering my personality in the school plus my alibi, it was easy for her to convince everyone” Rebecca revealed.

“What?” Jeremy repeated again, his brows furrowed.
“In actual fact, Alicia and I used to be best friends” Rebecca smiled, hurt flashing in her face and disappearing almost immediately.
“It’s hard to believe but it is the truth” she informed, moistening her lips with her tongue. “And I’m sorry Jeremy,” she said, dropping the printed form he had given her before before the conversation. “But I can’t do this” she told him before standing up.
Jeremy speechlessly stared at her as she walked away.

Hearing that she didn’t push Alicia wasn’t a surprise to him but best friends? She and Alicia?
It definitely got him speechless.
Different questions rang in his head and he decided to ask Harrison about it. Probably he might know of this past friendship.
Jeremy picked up the form and walked to the cafeteria.

Seeing Harrison seated alone after Jose just walked away from the table, he joined him.
“Hey J. I don’t need to ask where you’ve been cos I know it’s with Rebecca” he said, teasingly.
Jeremy sighed, slipping the form into his pocket before he could see it. “Harrison, I want to ask you something?” He said.

“Sure. Go on” Harrison urged.
“Do you know if Alicia and Rebecca were friends before that incident, I mean before Rebecca pushed her from the third floor?”
“Friends?” Harrison scoffed. “They were never friends. In fact, when Rebecca came to this school, she and Alicia already hated each other. If you saw it, you’d think they knlw each other from the past” Harrison said.
“Are you sure?” Jeremy asked, his brows furrowing.
“Of course!” Harrison stated. “Wait, did Rebecca tell you that she and Alicia were initially friends before they became enemies?”
“Not just friends, Harrison. Best friends” Jeremy emphasized.
“What?” Harrison frowned.
“That’s exactly my confusion” Jeremy said.
“She didn’t explain to you how?” Harrison asked and Jeremy shook his head negatively, signifying ‘no’
“But..how come?” Harrison asked rhetorically and Jeremy shrugged. Sinking back into the chair. The unanswered question, wavering in his mind.

After school day, Rebecca got home.
Opening the door and arriving at the living room, she found Roderick sitting on one of the couch with her mother on a sofa; conversing.
“Oh..hi Rebecca?” Roderick smiled at her.
“Hi” she replied him dryly, tossed a greeting to her mother and walked to the stairs; heading to her room.
Once balanced on the bed, Jeremy’s words wavered in her thoughts again.
She brushed it aside and changed from her uniform into a casual wear.

Relaxing at her study table, she picked up a her school books to read but his believe and honest review about her collided in her thoughts.

Contemplating for about a minute, she sighed and picked up her phone, dialing in Jeremy’s contact, she called him.

Jeremy was seated with the rest of the after-school student in their empty classroom, Fiona was chosen to treat a topic and he just listened like the rest of them; although he already understood the topic but more knowledge and from a different angle wouldn’t harm.
He was just about writing when his phone began ringing, interrupting the session. Checking the caller, he stood up and excused himself.

Arriving at the hallway and a little further from the classroom, he answered.
“Hi Rebecca?” He answered.
“Hi. I was just thinking; do you still have that music form?” He asked.
“Yes. I definitely still have it” he said, getting excited.
“Is it still valid?” She asked.
“Yes. Until 7pm tonight” he said.
“I don’t know Jeremy but..” she sighed, “can we meet up? I want you to bring the form.” She asked.
“Of course. Where?”
“Belle’s coffee” she said. “You know where it is, right? Opposite a middle school library?”
“Yes. I know it. I’ll meet you there ASAP” Jeremy said.
“Alright. I’ll see you then” she said before ending the call.

Jeremy pocketed the phone and returned to the class.
“Um sorry guys, but I really need to go now” he informed them.
“Why? Did something happen?”
“No. I just have to attend to something immediately” he told her.
“What is it?” Alicia inquired.
“Er.. it’s private” he said and without waiting for a response, he picked up his backpack and dashed out of the classroom.

Rebecca walked out of her room, a jacket wound over her body and on the clothe she wore.
She walked to the living room to find Roderick and her mom still talking.
“Mom, I’m heading out for a while. I want to take a walk down the street” she told her mother, interrupting whatever conversation she was having with Roderick.
“Can I join you?” Roderick asked. “I could really use a walk too” he added.
Rebecca frowned at him, switching it to a neutral look when it became too obvious.
She didn’t reply for a moment, hoping he’d say another word to terminate his request.
She stared at her mother who gave her an approval look.
Obviously, she didn’t know what Rebecca really had in mind. 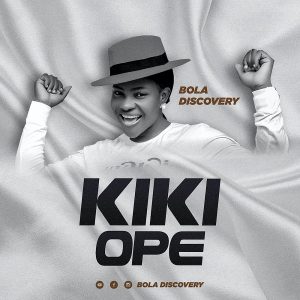