(Life of a fan girl)

The worst moment that I was trying so hard not to clash on Dian’s anger I missed.

He was pacing up and down and I was getting scared of what he is going to next.

“One more word from you Aurora and you will regret ever knowing me.” He said angrily and i quickly back off.

Oh lord, please save me. What have I gotten myself into?

He sat down on a couch tapping his leg on the tiled floor continuously.

“Sh!t why will you do that Aurora, you should have told me earlier.” Min ho said to my hear.
I was too engross in my thoughts so I didnt reply.

“He is bipolar disorder, just don’t add meanings into whatever he says or do at the moment. Stay away from him.” He advised. I nodded and tried to move but Dian’s gaze held mine.

“Don’t move and inch bitch.” He said and my head spin off. Did he just addressed me as a bitch?

How am I a bitch? To want to be with him even though I know that he have a fiance? Or because am trying to provide enough money for my family?

Mrs Russell took me to the kitchen and sat me down on a stool.

“I have got to know you to be a good person Aurora, but I still don’t understand why you deceived everyone of us.” She said and I tried to blink back the tears in my eyes.

But they gave me away anyways, my tears was pouring out like a rain.

“Its okay, you can confide in me.” She assured me.

“Am sorry Mrs Russell, I really didn’t mean any harm, I just want to be close to Dian.” I said as she stares at me.

She came closer and wipe off my tears with her thumb.

“You have done a great job my child.” She praised and smiled at me.

“You did it because you want to be close to him, I know how you feel my child but hiding you identity wasn’t a better choice.” She said.

“You heard about his illness? He have bipolar and that’s why nobody dares to make him angry,what will happen now? She muttered the last four words to herself which I heard and shrieked on the stool.

She smiled nervously at me. What have I done to myself?
Like he said I did hurt the trust he gas in me.

I deceived him and everyone else, I deserve any punishment he gave me.

I left Mrs Russell in the kitchen and wander off to the sitting room off minded .

“Aurora.” Bobby called me and I looked at me. He doesn’t look taken aback at my confession as if he knew all thus while.

“Where are you going? He asked and I looked around me to see that I was heading to the backyard instead.

I laughed nervously and stare at me.

“Why weren’t you surprise? I asked and he shrugged.

“I found out not too long ago the day you were caring a plater and coming from the balcony.” He said and I tried to remember when was that.

Then it dawn on me.

“How did you find out? I asked.

“You panty line was clearly visible on your pajamas and something dropped from your pocket, a list.” He said and I open my mouth in shock.
I remember looking for the list later that day but I thought that I misplaced it inside my room.

I laughed nervously and nod my head.

I guess this is the end of the road for me.

I walk back inside and the boys were all lookin at me weirdly.

“Dian called the cops.” Liam said and I froze. I quickly look at Dian and he smirked.

I went close to him and he stopped me abruptly with his hand on the air.

“Don’t even think of it.” He said with a husky deep voice making me wonder who just said those words.

I keep begging him but he didn’t burg.

The cops came and pull me with them while I struggle with them.

The boys were begging on my behalf.
Why is this happening to me? Why dies this always happen?

I looked back at him and he was typing out on his phone.
I broke down in tears begging him to look at me.

“I know that what I did was wrong Dian, but remember that am still your friend.” I said and he looked up almost immediately to stare at me eyeball to eyeball.

He stood up from the couch and walk closer to me, each step he took makes me shiver, his aura is a new feeling to me.

What is he planning? 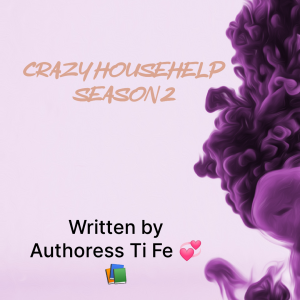