the slamming of the door brought me back to reality.
“you know sometimes,I have to play the role of a fool to fool the fools who thinks they are fooling me”
those words replayed in my memory ,the way he said it,everything.

does that means he know I dropped the charm? or is it the phone call alone?
now I look stupid.

I rushed out to the maids quarter with mixed feelings,have never been this stupid in my life. I dropped the tray and sat on the floor,remembering all that again gosh!

my phone rang…prince eze.
I ignored the call,he kept calling non-stop.I even got scared to pick the calls.

💌 the charm work out right? well am glad it did and I guess you’re attending to his dead body”I read what he sent.

💌 your instinct is soo wrong! nothing happened okay”I sent.
💌 am sure you’re joking”he sent.
💌 okay”I sent.
he called,I ignored his calls.

I was forced to pick the calls when it was getting annoying.
“what”.
“tell me the goodness I want to here”he says.
I rolled my eyeballs then took a deep breath.

“look here prince eze or whatever thing you call yourself leave me alone ooooo in fact don’t ever call me in your life again.Dont interfare in anything concerning my matters.Lastly don’t ever call me to use me against anybody. if you want to face obi and your other competitors,face them yourself and stop being a coward okay,bye “I said and hung up.I felt a little bit if fresh air although am still very sad I lost in both sides.

Chetachi’s p.o.v💜💚♥️
I felt so much better compared to few hours ago. What type of sickness is this?
When last did i even visit the hospital. I tossed on the king-sized bed and touch the other side of the bed,it was empty.

where could he be-
I opened my eyes slowly then turned on the bed again,I saw him coming through the next door and he was on phone

I didn’t hear a thing from him again.30minutes passed I didn’t hear him saying anything but I heard the flipping of something like paper. I turned again and saw his back view,he was using a money counting machine.
I sat up and picked my phone pad to revise what I read.
I revised the first two pages,obi turned.
I intentionally didn’t look in his face.

“what’s that baby”.
“revising for tests”.I replied.
He came over and collected the pad from me
“you’re just getting better,don’t stress yourself you already read yesterday”he chuckled.
“I’m better now” I said and placed my have on the other end of the pad.
“you’re stubborn”he said and kissed there playfully.
“I will read it to your hearing”he said.
He read the first three page fluently,he was sweet too.

“do you understand”he asked.
“aaahh very well*I nodded
“okay,let’s switch to maths”he said she took the pad touch.He wrote an equation on the pad. I smiled and took the touch from him.

“the answer is 59x³√y”I wrote
“wrong”he said.
“whaaaaatt*I exaggerated
he chuckled.”come over” he said. I dragged the duvet along and lay well before him.
he smiled and dropped my pad.

“you didn’t remove the duvet”<he said in a sweet smile.
“hunh”I added.
“nothing”he said and took my hand and helped me lie beside him.i smiled shyly as he moved me to lie in his body.He gently pulled me up to sit so i sat down.
Just below his waist with my leg opened and feet on the bed. I brushed my fingers in his well built arms,he smiled. I kissed his chest in a peck.
He smiled and kissed me back.

my waist was still where it was
The kiss got intense ….I smiled when I felt.
something rise just where I sat.

Obi ate into my nipples sweetly from the singlet,I felt his dick rise against my butt where I sat.
It was sooo sweet and intense.
I just sat in the right position.

“am lucky calling you mine*he said.i smiled and kissed him again. I felt it again….so sweet but am scared of sex.

“honey,let’s play a game” I said.
“do you have any matured game ideas”he asked.
*dare or dare”I said.
“truth or dare”he corrected.
he chuckled and we both sat facing a pillow. The white pillow was in the middle.
I feel so happy and heavenly with him.
“Ok a little bit of truth And dare down”he said I nodded.

“truth”I said.
“ummm who was your first ever crush?”he asked..
“ummmmm Bernard, tiara’s brother”I said, he nodded
“ok truth”he said.
“how many women had you been with…in bed” I asked.He smiled
“two”he said.
“dare”he said.
“twerk on my laps for ten minutes”he said, my eyes widened.
“hunh”I added.
“twerk twerk twerk”he said and lay.
I carefully lay on him. Jeeeeeeeezz twerk on him.

I sat up on him first then I gave him a lap twerk I could tell he enjoyed it,the way he held the sides of my hips said it all.
“ten minutes past”I said in a whisper.
“do it again”he said. I hit him playfully with a pillow.
“T or D”I said.
“dare”he said.
“call your mom and tell you hate her”I said.
“hunn”he added.
“call”I said.

He put it on speaker.

“truth or dare cheta”he said.
“dare”I said.
He looked in my eyes quietly and smiled.
“give me a blow job”he said I shouted and used the pillow to hit him he laughed.

“game on”he said.
my eyes widened.
“am not playing again”I said in a chuckle and hit him with a pillow again.
“I’m kidding” he said.

“so I dare you to tell me which part of my body attracts you the most”he said.i touched his nose,he smiled.

“so my turn,what attracts you the most”I asked
he smiled.
“should I touch or talk” he asked.
I moved closer and sat on the pillow facing him.
“anyone you want”I said.
“bad choice” he said I felt his fingers brushed down into my butts

then he carreased my hips deliciously.
he moved me deeply into his arms then hugged me
“everything attracts me”he said,making me filled with desires💚.
👑👑👑👑👑👑👑👑👑👑👑

next day ♥️.
I woke up very early.i checked Rita’s suite first sure that she’s hale and hearty,I started dressing up for school.
Uju posted white and Jean materials in the description box.i got dressed in something simple.A plain white shirt and a Jean short with a pair of black boots.

I arranged my metric cards and sore the school id on my neck.
what’s next? my notepad.

I opened my door,a maid appeared with a tray
“I’m sorry madam,I don’t know you will wake up so early”she curtised.
“it’s fine,am also fasting today.Maybe when am back”I replied with a smile.
she nodded.”you’re beautiful”…
“you too,bye”I said.i checked on Rita again her school is on holiday.
I left to the car which was patiently waiting.

I gave directions to where Margaret’s abd tiara’s car we’re waiting.Then we left together.
The car pulled into a halt in the school lots.

A crowd of student were seen moving around. I joined Maggie and tiara already.

“waoow bae you’re hot”Maggie complemented
“what’s your dress inspiration?”tiara asked.
“sooo many but my fav is queen adeife and Jane Mena”I said.
“decent and hot together”she chuckled.
“I called the caterer making the foods we will be taking to the orphanage*I told them.

“nice.Have never tried celebrating my birthday in the orphanage before,I hope this one will be nice”Maggie said.
“off course yes”I replied.
“I can’t wait for the real house party,it’s gonna be a blast”tiara said.
We moved into the elevator at the same time..

my mind suddenly drifted to Ujunwa,I almost forgot her. Why am I thinking of her anyways.

Margaret got her call…it was her manager,so she left immediately while tiara and I proceeded to the locker room..

“excuse me tiara,Mitchell posted something on the bill board,you need to come and see it* a girl dragged tiara.
I entered the locker room alone and dropped the bags…

someone suddenly locked on my locker room.
I dropped the metrics I was arranging.

“Chetan can we meet”she added.
“Well”… 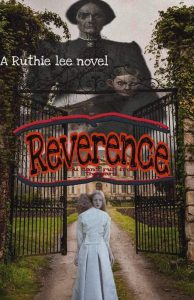