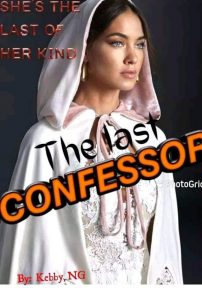 “Really Roseline? Are you that desperate and shameless that you had to sleep with my bodyguard so you can pin the pregnancy on me?

How shameless can you be?” The king smirked and took slow strides with his hands behind his back. He walked around the room, staring at the floor while Jeffrey and Roseline shivered in fear.

They were literally so scared that they could even pee on their body.
They were so uncertain of what the king was gonna do to them.

Behead them?
Send them on an exile?
Torture them till death?

They were so afraid – fear of the unknown of what the king was gonna do to them.
“My…king…” Jeffrey spoke up with so much fear in him. He suddenly turned into a stammerer as he couldn’t find words to say.

“Don’t utter any word!” The king shushed with his hand in the air.
Jeffrey clamped his mouth shut and swallowed whatever words he wanted to say.

“Jeffrey, if there’s any bodyguard I like and trust, it should be you but what did you do? You went ahead to sleep with the woman I’m supposed to marry.

How could you? How shameless can you be? Of all the girls and maidens in the palace, you decided to have sex with the one that’s mine. Aren’t you even scared?

Weren’t you even scared of what I might do to you if I had found out?” The king groaned, keeping his voice calm but cold.

Roseline legs quivered and she suddenly felt the need to use the bathroom but she wouldn’t dare move a hitch from where she stood.

She was so scared even more than when the king had caught her trying to destroy the confessor’s bracelet.

Her actions, it was a huge crime and the punishment is huge too. The king decide to behead her and filled her remains to the vultures.

Her heart was thumping loudly against her chest and she was scared that her heart would burst open and all her blood would gush out, because of the rate in which, it was beating fast.

“My, king…I’m sorry. It wasn’t intentional. I wasn’t in my right state of mind when it happens.” Roseline finally had the courage to speak up, but she was even shocked that she had the voice that had spoken.

It was shaking and cracked. It was like a husky whisper.

“Now Roseline, you’re gonna tell me the truth and nothing but the truth.” The king groaned at last after minutes of awkward silence between them.

He regretted his action but still, he was gonna take responsibility for his action and face the music.

“Yes my king.” Roseline replied with a cracked voice as tears blinded her eyes.

Princess Rayna alighted from her carriage inside the palace castle and she breathe in the nice smell from the newly trimmed and fresh flowers.

The castle was huge and very beautiful. Different coloured lights shown brightly inside the hall the birthday party was being held.

“My princess, please this way.” One of the palace guards courtesy before her.
“Alright.” She smiled as he led her and her maid, Nancy towards the direction of the birthday hall.

Princess Rayna got to the hall and all eyes went towards her direction as she gracefully walked it, with her gown flowing behind her and her hair swinging beautifully behind her.

Wow escaped their lips as she walked in.
Princess Rayna felt so happy and proud because of the attention she was already getting. She saw princess Vida at another end of the hall with two other princesses and they were talking happily.
Princess Vida waved with enthusiasm as soon as her gaze met with princess Rayna.
She smiled and held her flowing gown and started towards princess Vida with a smile on her face and her shoulders high with pride.

“I’ve been trying so badly to have a child for you, but to no avail. I even took fertility pills but it wasn’t working.” Roseline started, with tears rolling down uncontrollably down her face.

She didn’t even know why she was crying – if it was because the king had caught her, or because of the punishment that awaited her, or because she’s pregnant for a commoner; the king’s bodyguard.

“Then, just two days after you released me from what I call house arrest, I thought of a way for you to tamper justice with mercy on me. And I didn’t know what came over me and I suddenly thought of having s*x with someone.

I was already having the mindset that you were impotent since no matter what I did or medicine I took, I never missed my period once and even got pregnant.

And besides, I didn’t want you to throw me out of the palace and I know if probably pregnant for you, you wouldn’t throw me out again.

I made advances towards Jeffrey and to my surprise, he agreed and that was how we had s*k. Then, some days ago, I found out that I was pregnant because of the symptoms I was exhibiting.

I knew it was Jeffery’s child because after we had s*k, I took a fertility pill. And that was what happened my king.

My king, please I’m sorry. I’m ready to terminate the pregnancy but please…” Roseline swallowed tightly and fell on her knees.

Then the next thing she felt was a deafening and stinging slap across her face.

She held her stingy cheek and gasped in pain. The king had smacked her real hard and she even felt the pain sharply on her head.

“You want to terminate the innocent child? Don’t you dare!” The king hissed angrily and smacked her hard again.

She was really hurt. The slap pain wasn’t painful compared to what she feared of what the king was gonna do to her.

“Take them to separate cells. Torture him but spare her because I don’t want to kill an innocent child. Take them away.” He ordered icily.

Roseline wailed uncontrollably as she was roughly handled and taken away while Jeffrey had a sad and guilty countenance as he was led away.

The king sat on his chair in his library in deep thoughts.

Is he really impotent?
Why hasn’t he been able to get Roseline pregnant even after the multiple sex they’ve had?

Is he really unable to father a child?
The more he thought about it, the more it left a soured taste in his mouth and his jaw tightened. His face was hard and his cold face wrinkled in deep frown.

“Draco!” He suddenly called, his gaze on the historical book in front of him.
Draco who was behind the door opened the door and walked in.

“Yes my king.” He bowed in obeisance.

“Tell the confessor I summon her.” He said at last.

“Yes my king.” Draco bowed and walked out of the library.
*
*
Huh? 🤔🤔
Is the king impotent like Roseline accuser him of? What do you think would be their punishment for such a huge crime?
*
TBC………….😍💋💖 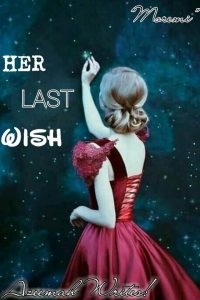