WHEN I FALL EPISODE 35

WHEN I FALL EPISODE 35 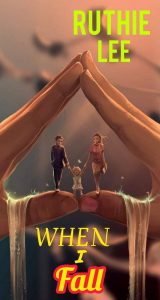 Kathleen couldn’t contain her smile
I stood up and asked if she has eaten lunch yet but she said no. I ordered pizza and well I wanted to order two but decided to order one cause it was the biggest size, but as soon as Kathleen and I started eating, the box became empty. Kathleen.!
“How does a girl eat so much, I had only one slice.” I wasn’t shocked but I had to complain.
“I don’t know either, my appetite just keeps getting bigger and bigger.” she laughed.
“I won’t be surprised if you wake up one day and suddenly look like my couch!” I said standing up and closing the box.
“Looking like the couch?”
“Getting fat!” I helped.
She laughed. “I can’t get fat.”
“And what makes you say that, with the way you eat, it’s not impossible.” I smirked.
“It’s impossible, no matter how much we eat, we don’t get fat, there are a lot of things people think we do or we are but we’re actually the opposite!” Kathleen said.
“Things like?” I asked, shoving in the last bite of my pizza slice in my mouth.
“I searched about us on the internet and people thinks we’re deadly, but look at me, I don’t know how to be deadly, I have abilities like other sirens, but yet I hardly use them or know how to control them, and then i saw another question, someone asked if we’re pretty or ugly and the answer was that we’re faceless, they said sirens don’t have faces, we can’t talk and we wail instead through our ears. But look at me sir, Joseph I have face! I’m talking now and and I can’t make a sound with my ears” Kathleen complaining made me laugh.
“People just makes up silly stories for viewers, when they haven’t even meet sirens for real.” I tell her.
“Anyways, I don’t care what others think about sirens like us, I only care about what you think.” Kathleen smiled.
I glanced her a look and smiled. I grabbed the pizza box and went out to dispose it.
After washing my hand, I went back to the living room to see Mary was now awake and was now leaning on Kathleen’s shoulder looking like she’s just waking up from a slumber from a hundred years.
I paused to look at Mary. Now she’s the one getting fat. And Suzanne thought we weren’t doing great without her here.
“Sir, Joseph, Mary and I will be in the resting room” Kathleen smiled.
I turned to her. “Kath, considering our relationship now, why don’t you just call me jospeh, the sir sounds a little too formal, considering how casual we are to each other. And sometimes you call me jospeh”
She smiled shyly. “Well I’ll try!”
“It’s not something hard! Don’t try just do it!” I stated and she nodded.
Kathleen took Mary upstairs while I ended up in my room.
–
–
It was nighttime and has been an hour since we had dinner. Mary as a baby has fallen asleep again and was sleeping peacefully in her crib.
Kathleen and I stood in front of the window facing the lake, this room doesn’t fail to give you the best view during night time.
“So now looking at the lake. You don’t miss the water?” I asked Kathleen. She scoot closer to me and placed my hand around her shoulders.
“I don’t.” she said with a plain face.
“Why, you don’t have good memories in the water?” I asked.
“I had great memories, it’s just that now, it’s not something you’ll want to miss.” she said without smiling.

“And would you tell me why? Or if you don’t want to, it’s okay!” I said.
“No, well, you see, the family i have down there, they’re all dead, so what’s there to miss” she gave a forced smile.
“Sorry to hear that.” I said, I wanted to ask how they died or why they died but I just didn’t want her to feel like I’m questioning her too much, even though she has always been the inquisitive one.
“See I used to have a mother and two older sisters, my oldest sister suddenly found a way for us to have legs and walk on land and told my mother about it, my mother told her never to speak of it again cause it was abominable, and if neptune should hear of it, we were going to be killed.” Kathleen explained.
“Neptune?” I replied. Isn’t that a planet.
“Yeah, neptune, he’s like the god of the sea, though no one has seen him face to face before. But they all believe he’s the ruler of the sea and he’s like the greatest.” Kathleen said and rolled her eyes.

ALSO READ:  WHEN I FALL EPISODE 32

I smiled. “You don’t believe in him? Because you haven’t seen him before?” I asked.
It’s like how neptune rules the Sea, God rules the earth.
“I do believe in him, but he makes up stupid rules that I’m hundred percent sure the people makes up themselves and yell that it’s in the name of neptune.” Kathleen’s angry face almost made me laugh.
“Though my mother stopped my sister from using such abilities by having legs and going on land, my sister disobeyed and showed us the same ability, my other sister and I sneaked out with my oldest sister one day and the three of us came on land, seeing so many things we all got so curious and wanted to know more about this place, we made it back to the water in no time and nobody noticed. But then came a day my oldest sister did the same thing again and was caught, her act was pinned as treason and it will be that she and her family will be sentenced to death. I cried my eyes out cause we were all going to be dead, neptune and his stupid rules. When one person from a family commits a crime the person and that whole family serves the punishment. My mother found a way for me and my other sister to escape but my sister was caught but I managed to escape and that’s when I came on land. And every where I go, I feel like they will still come for me. And the day my sisters and mother died, I wasn’t there but I felt it, we sirens we are all connected and when some thing happens to someone close to you, you feel something leaving your body, it’s like a rope being cut off from the inside. My mother’s sister daughter used to stay with us too and she managed to escape too. I don’t know how she is or where she is now but i know she’s safe, I can feel it.” Kathleen sighed.
“You’ve really been through a lot haven’t you?” I sighed.
“I remembered how my mother and the other mothers used to talk about how here on land is dangerous and how the people despises us and how we need to kill them immediately we encounter them, but now I think it’s supposed to be the other way round.” Kathleen explained and pulled her closer to my body. Kathleen was like an innocent living in the realm of nocent.
“And now, a human is rescuing me from my own kind. Neptune is stupid.” Kathleen pouted.
“You sure hate Neptune” I laughed.
“I do and…. Ouch!” Kathleen suddenly whinced holding her left waist.
“Are you okay” I asked immediately.
Kathleen nodded and breathed out slowly.
“I felt another pain on my waist again.” she tells me.
She’s not going to pass out now, is she?
“But it’s fine now.” she said.
“Are you sure?” I asked. To be sure too.
“Yes, it’s like a tingling feeling but it also come with a slight pain.” she laughed.
And I didn’t understand how the situation became funny.
“Seriously you don’t have to laugh at everything, you haven’t experienced something like this before right?” I asked.
She nodded. “yesterday was my first, and now.”
“But it’s going to be fine.” she smiled. “I know my body so well.”
I believed her at that moment for knowing her body so well.
We both chatted that night till we got sleepy and head back to my room, Kathleen reminded me she hated the idea of sleeping alone and well we both ended up in mine and I didn’t have a problem with that.
–
The next morning, surprisingly I woke up in time, in time and found Kathleen still asleep beside me. I turned to my side and almost jumped up when I thought I saw a doll looking at me. But to my surprise it was Mary. I laughed as I watched her watch me from her crib. Her bright eyes lingering around the room.
I grabbed her from her crib and she gave a happy giggle.
“Looks like I’m the one who’s going to give you a bath today, Kathleen’s still asleep.” I smiled and took Mary out of the room.
Which used to be my daily routine before Kathleen took it from me, I gave Mary her bath, prepared breakfast for her and cladded her body with one of her baby dress.
I decided to take my bath too and went inside the room to drop Mary beside Kathleen, Kathleen was still asleep, so I just dropped Mary beside her, and immediately Mary starts to gag some baby words and her tiny hands slapped Kathleen on the face. Kathleen didn’t seem to flinch as she was deep in her sleep.

ALSO READ:  JUST FOR LOVE (Love made her) chapter 27

I took a bath, wore some comfy clothes and decided to prepare breakfast. I was surprised Kathleen hadn’t wake up yet but it wasn’t a shocker.
I prepared breakfast and ate alone, anytime Kathleen wakes up she’ll have breakfast.
+
12:09pm Kathleen was still asleep. This was unlike her, I was getting worried so I decided to check on her. She was sound asleep her breathings could be heard fine. Mary was still beside her talking to herself. I walked out of the room and did nothing.
I was alone in the living room with my phone, and honestly I was bored without Kathleen and I realised how much I loved to hear her ask questions.
+
It was two p.m in the afternoon and Kathleen was still asleep, what the hell.
I was about going to check on her, and as I walked into the room, I saw her opening her eyes and sitting up.
“Kath.” I almost laughed.
“Good morning” she smiled.
“It’s two p.m in the afternoon” I stated.
“What?” her eyes widen. “Is that how late I slept?”
“I was worried sick” I breathed out a smile.
We both heard a knock on the door and I glanced at the Mary and then Kathleen.
“I’ll get the door” I said and Kathleen nodded.

ALSO READ:  WHEN I FALL EPISODE 22

I walked out of the room and straight to the front door.
I got to the door and opened it to see a lady standing in front of my door. She was very beautiful, her brown hair stopped right at her waist, her eyes brown and her skin smooth as ever.
“G..good day..” she stuttered.

“Who is that?” I heard Kathleen said behind and I turned to see her coming close to me with Mary.
She turned to see who was at the door and her jaw suddenly dropped.

Tags: WHEN I FALL