Habits are those things you do often and regularly, sometimes without knowing that you are doing it. They are things you engage in and gradually become part of you.

If all habits are good there Would be no need to curb some habits. There are different kinds of habits (both good and bad) that can be found in children as well as adults.

Examples of bad habits for children are

Nose picking: this is the habit of putting a finger in the nostrils to remove dirt. Some children even do it to the extent of dipping the finger in their mouth.
* Sucking of thumb or fingers :children derive so much pleasure in Sucking their thumb and fingers, they prefer forgoing their food .
* Teeth grinding : this is crushing the teeth together to give an irritating sound, at first children see it as a playful activity which gradually becomes an habit.

* Nail biting : those who bite finger nails become so addicted to it

* Eating junks : junks are unbalanced diet that can be taken not as main meal just for refreshment e. g, chocolates, yoghurt.

Parents feel so concerned about bad habits of their children and try every possible means to stop them, parents tend to be so harsh on children at this point putting eyes more on their children but this cannot really stop them. Parents can curb their children from these act by doing the following

1. Showing them love: by doing this, they will be able to correct children with love

2.making children engage in more productive activity like watching television rather than being lonely

Parents can also curb children of their habits by close monitoring, telling them how good looking they are, and explaing why those habits need to be curtailed.

Adults also have their bad habits which can be

1. Smoking and drinking : habit as regular activities people engage in can turn out to be a person’s way of life can also be smoking and drinking. Those who smoke and drink on a daily basis become so addicted to it that they can’t do without it.

Smoking and drinking as a bad habit can cause memory loss which can later be a psychological problem, waste of money on invaluable things, smoking can cause students to drop out from school, it can lead to poverty, hallucination and above all death .

3.Gambling: this is a bad habit which involves doubling money, those who engage in it most times waste their money and all their assets on it, it is a practice that doesn’t give room for self development. Those who do it prefer to waste all their money on it expecting it to yield a bountifully.

4 . Using of vulgar languages: majority, especially adults don’t see this as a bad thing anymore, they become so confident using vulgar languages even when they have young ones who can learn such bad act from them.

5. Procastinating
Improper dressing can also become a bad habit when the person in question is addicted to it .

1. Sit down, check yourself and think on something (positive) you’re very good at,like a talent. Develope yourself in it, by doing this, you’re involving yourself in productive activity rather than smoking or gambling

2. Get yourself a meal timetable and follow it diligently. It encourages you to eat well

3. Stay away from negative peer pressure, associate with people who are focused and simple.

As there are bad habits, there are also good habits that need to be learnt, maintained and practice. Good habits bring honour. They define the family one emanates from, the environment one lives

1. Washing your hands after using the toilet
2. Eating healthy
3. Taking fruits
4. Practising some exercises
5. Get yourself a skill/talent
6. Good moral behaviors like obedience, truthfulness, hardworking etc.

Good habits be can learnt from school, we also learn good habits from television programs. That means what you watch and listen to patterns your thoughts and life.

Need for Good habits
Habits square measure the idea of your success – or even your downfall. Yet despite the importance of habits, few individuals apprehend a lot of regarding however they work.

Habits square measure typically thought of negatively, like a drug habit or a gambling habit. But there can be good habits, such as exercising regularly, making thoughtful comments and meditating.

Good habits have effect on you in the sense that they influence your academics.Diligence helps you to be successful academically and in the business world.

Good habits like exercise helps you burn fat and make your body fit
Smiling is also a good habit which makes you look younger and brighter. 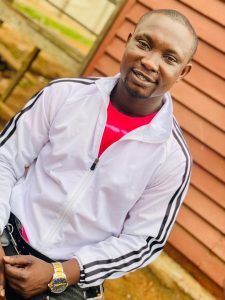 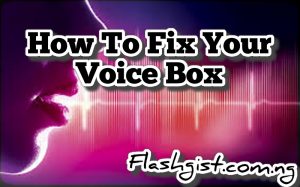 How To Fix Your Voice Box 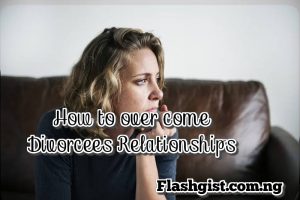 How to over come Divorcees Relationships How do you discover your partner Before getting married