Bella moved to the door and opened it for the umpteenth time and as just as the other results had been, Maurice wasn’t at the door. It was past seven already and almost clocking eight.. Bella was perturbed. She had made dinner early, thinking Maurice would arrive early just like he told her but it was already past the time and also past his working hours and the food was getting cold. She grabbed her phone and dialed his line again but as usual, it went to voicemail. She threw the phone to a couch and swiped her hair off her face. Normally she wouldn’t have been this worried about Maurice but somehow she was, Maurice wasn’t the kind to fail a promise he made nor stay out later than he promised.. Where could he be?; Work? or did he decide to do the grocery shopping on his way back from work. She would’ve gone with any of that but the nightmare she had the previous night told her something else and she didn’t want to believe it.
Maurice didn’t know her true identity so why would he want to leave her; did he get fed up of her? Or did he suddenly start seeing her as a burden? Bella gasped at the thought, was Patty right all along? Did guys like Maurice really fancy only supportive ladies or was she being too cloggy on him; okay, maybe she had been that way lately but Maurice promised her he’d be back.. Yeah, same way he promised to return early from work and he didn’t.. Her subconscious fired and she mentally slapped her head. She still trust Maurice, but why wasn’t he back yet? and why is his phone not reachable? and why was she so worried? It’s just five minutes past eight, not the normal time for an adult to come home…
No, this won’t do..
Bella stood up and started moving to the door when she heard the sound of a car pulling into the driveway, she stood in her track until the door pulled open and an unkempt looking Maurice walked in. His tie was partly loosed and dangling on his neck, the first button on his cloth was open and his hair was in a mess.. He looked up at Bella and she noticed his red and baggy eyes.. “Maurice,” she called and held his hands “Did something happen? Are you okay?” She queried, worriness etching her brows.
“I-i’m fine Bella, I’m just tired” he said.
“You don’t look fine.. Please tell me what happened?” Bella pushed but Maurice only put down her hand that was holding his arm. “I’m fine. I just need a long rest” he said and walked past Bella to his room. Bella stood on her spot and ignorantly a tear left her eyes and more followed.. “What’s wrong with Maurice”
.
Maurice staggered to his room and took off his shirt, he threw it to the bed and sat down.. “I missed you son” his father’s words rang in his head and he shook it off, feeling a sharp pain in the process.. “Miss me my butt,” he gritted “that hypocrite!” He slammed his nearby throw pillow to the floor. He recollect how he had walked out on his father and driven almost careless to anywhere.. He had parked and got down, loosening his tie that seem to be choking him. He found his way and got to a sea shore, he squat close to it and cried. Ordinarily an average man like him would’ve chosen a bar or a noisy clubhouse to calm his nerves but he wasn’t the kind, not that he hadn’t tasted alcohol but when he did he realize they never solve problems; they compounded it.

Maurice had dipped a hand in the sea and shivered back, he ruffled his hair and cried out.. Mindless of the many gaze on him he kept doing what he thinks can ease his mind and after doing it for so many hours and into the thick evening.. He stared at the sea and memories flood into his head.. He remembered the first time he saw Nora, the sweet smile she gave him when she picked up his Popsicle.. How she loved him when he moved in with her and how she’d smile when he does something wrong and comfort him when he failed a test.. She had been a very good mother to him unlike her husband. She had an angel’s heart that he was sure existed in only her and Joliet took a part of it too but Nora was what he could describe as perfect. He remembered when she died and how he saw her wet body on the shore; pale and completely lifeless. How he thought his life would end because he was certain Nora took a part of him. She was the kind of mother any kid will ask for… but she’s gone and it’s all Pablo’s fault and he’d never forgive him.
Maurice ran a hand through his mother’s portrait, he moved his hand to her full blond hair and a wry smile curved his lips.. “Can you forgive me?” He talked to the picture “I got into an argument with dad again. I’m sorry. I just got way out of hand and I-I,” he shook the words away. “I know I shouldn’t have done that. You never liked me fighting with anyone and I’m sorry about this one. I promise to let it be a history that will never be repeated, at least for a long time. Forgive me mom” Maurice placed a light kiss on it and dropped it close to his bed before lying on his bed and driving instantly to sleep.
.
Bella sadly packed up the food and stored them in the refrigerator, she wiped her hands and walked out of the kitchen.. She walked to room Maurice door and raised a hand to knock but retreated it. He had said he needed a long rest.. Maybe nothing serious happened after all and he just needed to rest because he had a long day at work. She was probably getting restless over nothing. He must’ve grabbed a quick bite on his way since he decided not to have dinner. Bella nodded at the positive thought that calmed her down, she forced herself to accept it even though he mind still thought otherwise. She walked to her room and slumped on the bed then tossed since she didn’t feel sleepy; she decided to call her mother and it connected on the first trial, she was able to talk to Keenan and Goldie and she was told Elliot still kept looking for her in neighborhood and far kingdom.. Bella rolled her eyes at that and ended the call after their goodbyes.. She called Patty after that and they had long talks, somehow she forgot about her worries for a while but as soon as she dropped the call..they came back. She laid back on her bed and shut her eyes, in no time she was far asleep.
.
____________________________________
T.B.C 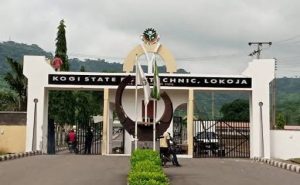 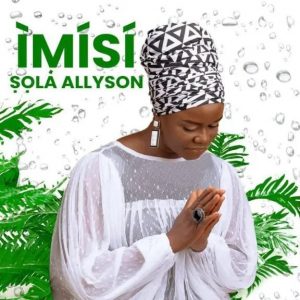